What if We Could Create the ‘Beloved Community’ Yard by Yard?

“For a long time I have dreamed in a mystical kind of way about the idea of the beloved community,” Peterborough Dialogues participant Jo Hayward-Haines says during my conversation with her on introducing a new neighbourhood gardening project in Peterborough.

Jo admits she wasn’t always sure what she meant by the term — “beloved community.” Words she uses in relation to it include “people living a connectedness that’s based on affection for each other,” “recognizing each other’s follies — good, bad and indifferent” and “seeing possibilities.”

News earlier this month that a federal review panel has OK’d a controversial plan to bury nuclear waste on Lake Huron shores underscores for Jo the desperate need for what she calls “a shift in consciousness.”

“This nuclear thing makes climate change look like a comedy act, because of the people…” Clearly disturbed, Jo stops herself and chooses her next words carefully. “People are caught in systems that reward their behaviour. It makes it really really difficult for them to think in different ways.”

After years as an activist, much of it spent banging on doors and protesting, Jo is coming to believe the answer doesn’t lie there.

Instead, she sees possibility for enabling that change, for shifting the consciousness, in something like this notion of creating a beloved community.

Jo likens it to throwing a party where even the typically cranky person changes — laughs, cracks some jokes.

“If we create contexts where people can recognize themselves as more than they thought they were then that’s part of the shifting of consciousness,” she says.

“If we create contexts where people can recognize themselves as more than they thought they were then that’s part of the shifting of consciousness.”

And what more practical way to create that context than through the earth under our feet?

That’s what’s hoped for through the neighbourhood gardening project Jo and a small group are inviting Peterborough residents to explore together with them.

Already Jo’s sensing some of that possibility-oriented community spirit in the founding group. “The people involved are just totally present and get it and are up for it. There’s no, ‘Hmmm. . . maybe. . . if, but.’ It’s just, ‘We can do this, how are we going to do it?’”

Yard by Yard will manage a website that matches private land owners with these gardeners. The hope is that the gardeners will hail from all walks of life, including those who are economically disadvantaged — which is becoming increasingly more of us, Jo points out — with the gardening also offering a way to sustain themselves.

Gardeners associated with Yard by Yard would plant, maintain and harvest crops at the private-property sites. The food production would be shared between the property owner and gardener, who might also market, barter and share the produce with others.

Jo, who admits she doesn’t have much of a green thumb, sees herself centred on “fanning” the original spirit of this effort.

“What energizes me is the possibility of this being a way of breaking divisions down between people. Once people get to know each other, then these kinds of divisions easily dissolve. It’s just that the myths and the stereotypes are like billboards that people see day in and day out and they can’t get past them,” Jo says.

Though Jo is keenly aware of the potential ways that Yard by Yard could go wrong, she’s just ready to jump in and explore it as a possibility “with lots of delight and lots of fun — and see what happens,” she says.

“In this historic transition from one era to another, something new is happening, a new vision, a new sacred story is coming into being,” author Thomas Berry writes. “A vast transformation is occurring in the depths of human consciousness which is leading to a recovery of the soul, the earth, the universe and a sense of the sacred.”

Jo, who experienced the ‘60s, says she’s feeling some of that same energy today. “But I think it’s more realistic — I hope it is,” she says. “Because we didn’t know what we were doing at all, and now we know we don’t actually know.”

As part of its process in moving forward, Yard by Yard invites Peterborough residents to fill out these surveys by clicking on the green links below:

2. Survey for those with yards interested in the idea of collaborative gardening. 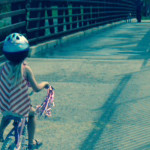