What If ‘Pollinator Pathways’ Buzzed to Life in Peterborough?

Who’s growing pollinator gardens already? Would you be willing to share your story?

“It’s all native plants; they’re drought resistant; it has flowers that come up every year.

A portion of sketch notes taken by Yvonne Hollandy during the gathering. Click the image to see a larger version.

Another beautiful thing about pollinator gardens? They’re low maintenance. “I don’t have to do anything,” Carlotta says — nothing except cut back the plants that replicate themselves in abundance and threaten to take over the garden.

So far Carlotta is the only one on her Peterborough city street with a front-yard pollinator garden. She knows there are scatterings of them on other streets.

But she would love to see more, everywhere, across the city.

Her ultimate vision is to see pollinator pathways — essentially a corridor of butterfly and bee gardens — buzz to life in Peterborough.

Peter Hughes is also excited about the possibilities in creating a way for pollinator pathways to emerge in the city. Besides entwining the native ecosystem more closely into the life of the city, the pathways would have benefits as far-reaching as slowing stormwater drainage.

Emerge is a key word for the intention around how this might happen.

“That’s what the essence of this idea is, that it’s organic, it’s going to happen naturally. It’s not institutionalized, it’s not going to come from up above,” Carlotta says.

In other words, the dream is to “evoke,” as Ben Wolfe puts it so beautifully, this possibility of pollinator pathways in Peterborough.

The challenge will be putting a light enough structure in place so that the inevitable barriers can be overcome — barriers such as people who are interested but too busy, interested but don’t know how, interested but not able to manage the physical start-up — to name just a few.

Peter has practical ideas for overcoming some of those walls. For instance, he paints a picture of teams “flying” in to help people dig up their lawns or edge out their ornamental gardens a foot to include pollinator plants. The invitation might be something along the lines of “be (bee?) the edge,” Ben proposes — as in be the next person to participate in the project as well as progressive.

There’s also energy around the idea of markers in every pollinator garden, a symbol or a word on a stake that contributes to enlivening this new possibility.

“We want to make it as easy as possible and as inviting as possible,” Carlotta says.

“We want to show that there’s fun, there’s creativity, there’s self-learning through the whole process.

In the spirit of building on existing energy, the next step is to discover the pollinator gardens already growing in the city.

With this in mind, Ben, Peter, Carlotta and others whose imaginations have been sparked by this notion of pollinator pathways have this simple invitation to put forward now: Are you growing a pollinator garden? And would you be willing to share your story?

For those interested in learning more about pollinator pathways, check out this project in Seattle.

Or contact Carlotta or Peter, who have a wealth of both experience and knowledge on this. Peter Hughes: gardenguy553@gmail.com.

Then let’s see what emerges.

Parade of Volunteers Moves B!KE to Its New Location Previous
Reconnecting to Our Call as a Community Next 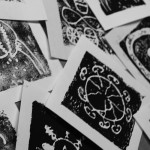