Creating an Invigorating Conversation About the Future of Our City

Wow and how. That may be the best way to sum up the response yesterday to City of London manager of urban design and GIS Sean Galloway’s story on how his city undertook the largest public engagement process around a planning document our country has seen yet.

About 40 people took part in the gathering at the Peterborough Dialogues and Axiom News community dialogue and narrative arts studio. They heard Sean’s story and also conversed with each other about the possibilities for deepening citizen engagement here in our city. Among the engaged citizens were several urban planners and related professionals from the City of Peterborough as well as five other municipalities.

It was truly impressive to hear how the rewrite of London’s official plan, begun in 2012, ultimately saw 16,478 individuals engaged over a one-year period. Contrast that to the City of Vancouver, which just finished rounding out its official plan — 3,000 people were engaged — or Toronto, which involved about 1,000 people in the recent update of its plan.

The ripple effect of this kind of public engagement in London has been just as amazing.

“It galvanized the conversation and changed the dynamics,” Sean told the Peterborough group. “Because there were so many people involved, in the last election we had 15 councillors including the mayor. Thirteen of them ran on The London Plan as their main platform for election — and the document has not been approved yet; it’s only in draft form.”

It’s also noteworthy that of those 15 councillors, 13 are under the age of 41 and four of them under 30 years of age. Speaking to the generations, as Sean put it, was one of the key principles of the London experience.

Perhaps the greatest take-away from London’s story is that it is possible to widely engage citizens in an invigorating conversation about their city and its future — a conversation which can both include and go beyond the creation of a city’s official plan. The key, as Sean repeated several times, is to present this opportunity in any but the tired ways of the past.

Judging by the groups that self-organized after Sean’s presentation to converse on what might be done here in Peterborough, it is clear people are energized by a sense of what’s possible — and are eager to explore further how to bring those possibilities to life.

There were many “how” questions, ranging from the nuts-and-bolts — for example, how had Sean and his team found the time to carry out such an extensive engagement process — all the way to the deeper how question that’s really at the core of this. How do you impel people to come out and create, versus simply oppose or advocate — and then stay engaged in that creative, visionary work?

Answers were beginning to surface among the groups when the time was up. As Ben Wolfe, Peterborough Dialogues cofounder and host of the gathering noted, the hope and expectation is that this gathering represented another important step towards further unleashing citizenship in Peterborough.

Judging by what people said they were committing to as the gathering closed, this conversation will indeed be continuing at Peterborough Dialogues, at dinner tables, around water coolers and in boardrooms all across Peterborough and area for some time to come. 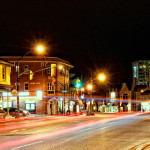 Rethinking the Future of a City Previous
Essence Next 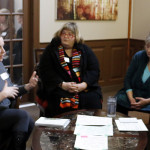