In preparing for the upcoming Summit on establishing Worker Coop for former inmates, I came across this blog, “Social co-operatives and prison systems” which reports on the panel discussion on point at the 2015 International Labour Organization’s Co-operatives and the World of Work Research Conference in Antalya, Turkey. Drs. Beth Weaver and Isobel M. Findlay, whose findings are discussed in my blog series were joined by Dr. Jessica Gordon Nembhard, professor at John Jay College of Criminal Justice in New York City, who organised and moderated the panel.

The blog discusses Dr. Findlay’s emphasis on the significance of how the co-operative model has been shown to be instrumental in supporting reintegration and reducing recidivism: “co-operatives gave aboriginal women incarcerated for two years or less agency and a voice so they could reconstruct their life stories… It is so important we listen to them,” she added, describing how the women prisoners she surveyed were “pushed around, silenced in many ways.” They had talents, she said, but “they just needed triggers.”

One of the matters referred to in Dr. Findlay’s discussion that day, and in her study exploring the role of co-operatives in the reintegration of incarcerated Indigenous women in Saskatchewan, is the nature of the work typically being performed by inmates. The women she interviewed felt that generally prison work (i.e. mopping floors) “did not support reintegration.”

The nature of the enterprise does matter — the choice of a worker coop in Peterborough in the form of a bakery is very deliberate.

Finding work after being incarcerated is a daunting task — particularly so in Peterborough. Ask anyone who has walked in those shoes, including those trying to reintegrate into this population. I remember the look on the face and the tone of the voice of one former inmate I spoke to who spoke of his frustration in looking for work for a very long time and then being handed a broom. “That’s the only kind of work I can get, shitty wage, no future, out of sight.”

The nature of the enterprise does matter — the choice of a worker coop in Peterborough in the form of a bakery is very deliberate.

Dr. Weaver speaks of the vital role of the cooperative model as “the connection between family, work and home.” She also comments on the importance of the economic viability of the enterprise which I address in my blog series.

“Back in 2000, a small group had been making craft items, but they were prohibited from selling them beyond the prison. One inmate began to research how a co-operative might be set up to expand their horizons and sell items outside. It took a change in Puerto Rican law for this to happen. To date fifty prisoners have been released under the co-operative program and only two have returned to prison (one is now back on parole). This is a dramatic result considering the average recidivism rate in Puerto Rico is 50 per cent.”

For those interested, you may want to listen to a podcast of a discussion that Dr. Nembhard had with two individuals connected with the Puerto Rican experience. One of those is Roberto Rodriguez Rosario, one of the founders of and ‘successful graduates’ of the Guyama Prison co-op. If you don’t have the time to listen to the entire broadcast, do listen as he talks about how the prison culture discourages trust and emphasizes basic survival, and his transformation in accepting the co-operative model (at the 110:25 mark); the remarkable shift in behaviour attributable to the co-operative values (112:30); the rehabilitation process (117:30); and the contact and growing acceptance by the wider community and its recognition of the difference in dealing with this group of inmates (129:10)

I hope to connect with you on June 19 at the Worker Coop Summit, or through your email communication. I can be reached at ptbocoop@gmail.com.

To download a PDF of Ralph’s nine-part blog series on Exploring a Community-based Response to our Criminality Crisis, click here.

To register for the June 19 Worker Coop Summit, click here. 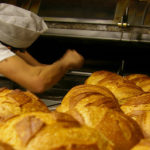