Some small but important fine-tuning to the intended Peterborough Dialogues structure for the fall occurred this past week, adding clarity and energy as a core team continues to push forward.

One of those shifts was the inspiration to see the Peterborough Dialogues Tree Fort as an experience in co-creating a community-building dojo — where people join in to work together, learn together and build their skills together — and then go out to practise and build community.

A dojo is described as “a space of commitment in which people practice together.”
— Richard Strozzi-Heckler

In keeping with that image, the Peterborough Dialogues core team has now identified seven different circles or groups that they would like to host on a consistent and regular basis as part of the ongoing Tree Fort experience. Five of these could be called community-building circles. They’re in fairly solid shape in terms of people who are interested in developing them and partnerships beginning to form around them. They include neighbouring, citizenship, local food and new economy.

An additional two circles are shaping up as learning opportunities, where participants have a chance to build their shared understanding around the practices of hosting and media making.

A seventh circle emerged out of the last Peterborough Dialogues cohort and is centred on the idea of right livelihood or soul work. The notion is that this circle will be a kind of a community of practice for those who want to move into doing that kind of work in their day-to-day lives here in Peterborough.

Understanding and then manifesting and then knowing how to make explicit the full essence of the Peterborough Dialogues has been an oft-tumultuous ride for those at the core. So often it has been about trying to find some comfort and “experience of normalcy” while living on the edge of emergence, ambiguity and all the anxiety that that can provoke.

But every once in a bit, another element of the whole becomes more crisply defined — which is what this identification of the seven circles and the community-building dojo image has allowed.

The focus for the core team is now to figure out how to host those circles effectively — as well as create media that enables the best of new possibilities stemming from what happens in them.

Intentionally moving into specificity and detail is an important next step. Many of the Peterborough Dialogues conversations are now progressing past the point where speaking in generalities is a very generative and useful thing to do, Peterborough Dialogues initiator Peter Pula told those gathered on a recent MaestroConference call about what’s next.

While the initial Core Conversations deliberately began with a wide invitation in order to germinate relationships and new possibilities under the broad intention of community building, some differentiation has been occurring. This can be seen in, for instance, the specific groups that have emerged in the Tree Fort.

Now it will be important for the gatherings that these groups hold to be increasingly focused in intent and activity — if they are going to bear some meaningful fruit.

“This move from generalized conversation and relationship building into specifics is something we’re developing a real consciousness about and developing some practices to cultivate,” Peter said.

In the meantime, the image of the community-building dojo may offer fresh clarity on the intent and possibilities in the Peterborough Dialogues Tree Fort experience. In Richard Strozzi-Heckler’s book Holding the Center — Sanctuary in a Time of Confusion, a dojo is described as “a space of commitment in which people practice together. What is powerful about the dojo is what it tells us of learning, and ultimately, of waking up, of being alive.”

Sounds like an experience of a very similar energy to what’s aspired to for the Peterborough Dialogues.

More to come as things continue to take form.

You’re invited…
We are hosting an open call to everyone interested to learn about ‘What’s Next’ for the Peterborough Dialogues on Thursday August 20 at 11:00 a.m. Click here to register.

Our Local Food System, Community and Food Security Previous
Is Now the Time to Bring Alive Centuries-old Jubilee... Next 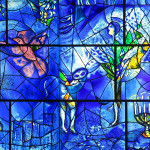